I do not condone violence in any shape or form, but I think it is ignorant to assume violence will stop if a weapon is banned. People determined to kill will kill by any means necessary. This isn’t a gun issue. It’s a heart issue. The problem lies in the current moral state of this country and if we don’t change the way we raise our children, these acts of evil will only get worse. We need to drastically change the morals and fundamentals we teach future generations. We don’t teach them to face the consequences of their actions. Instead, we teach them to disrespect authority by eliminating punishment and coddling them. We teach them that they can do whatever makes them happy even at the expense of others, which engenders a mentality of “I can do whatever I want. You can’t touch me”. We teach them to value wealth and status achieved through power, manipulation, and greed instead of teaching them the value of education, service to others, and temperance. We let them have it all and wonder why they can’t practice self-control. We encourage experimentation with sex, drugs, and alcohol at an early age and are surprised at the teen birth rate and the commonness of alcohol poisoning and drug overdoses. We teach our children easy fixes to their problems instead of showing them how to persevere through trials, watching in wonder as the abortion rate rises, graduation rates fall, and the number of divorces increase. Guns are not our problem. It is much deeper than that. A little band-aid of a gun control policy will just make the wound messier. We need to take a good look at ourselves and at this country. The United States isn’t the greatest country anymore. But it can be. This next generation has the choice to continue on a path of destruction or to make a change and, in my humble opinion that change starts with the church. We need a revival. We need to start walking the walk and no longer simply practicing what we preach, but LIVING it. No more hatred and legalism, but loving rebuke. We need to not compromise our beliefs but share them with other in love and with purpose. This world is not our home. As believers, we need to start living out our faith, and proving it. A faith without works is a dead faith (James 2:17). The world today is a scary place with evil around every corner. But we have hope. We have a God who loves us to the point of committing his son to die on a cross so that the evil among us and within us won’t separate us from eternity with Him. God will have His justice and Evil will not win.

“For the evil man has no future; the lamp of the wicked will be put out.” Proverbs 24:20

“If you see the poor oppressed in a district, and justice and rights denied, do not be surprised at such things; for one official is eyed by a higher one, and over them both are others higher still.” Ecclesiastes 5:8 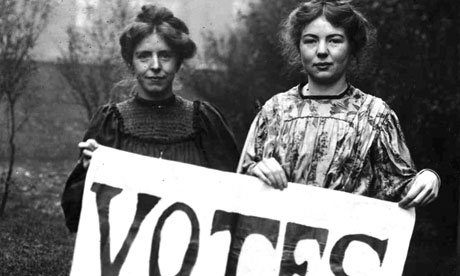 For the past couple months, I have been reading posts about the supposed “War on Women”, how current politicians are so out-of-touch with the modern woman, and how women’s rights are being threatened. The primary concern at the moment is healthcare and the woman’s right to control her own body. What the world doesn’t realize is not all woman are on the left side of the argument. I for instance, do not support abortion. Yes, I have the right to my own body and my life but the life inside my womb belongs the little boy or girl I will carry one day. By giving me the right to abort a pregnancy, you are denying the right of the future generation to their’s. So please stop grouping me into your “War”. But let’s put the pro-life/pro-choice issue aside for a second. I think we, as a culture, are missing an even greater threat to women: the growing animosity between us. Women were designed by God with attributes and talents that differ greatly from our male counterparts. He made us relational, loving, and nurturing beings. Now not every woman feels like she encompasses these qualities, but whether you think so or not, it is at your very core. Women throughout history have raised the heroes of wars and the leaders of nations. We’ve banded together in support of Patriots and rallied together for the right to vote; but recently, we’ve been creating a divide between us that will have a detrimental effect on the next generation, if it hasn’t already.

We’ve suffered abuse and discrimination in the past and desperately want to be seen as the equals we are. We want to prove to the world that we are valuable. So we created the feminist movement in an attempt to show the boys that we’ve got what it takes, demanding to be taken seriously. But instead of cultivating a society of women in support of each other, we’re tearing each other apart. As we try to ‘beat the boys’ and prove our worth, we put each other down in the process. We call each other ‘ugly’ and starve our bodies to fit into some made-up image of the ideal woman. Inside, we’re empty shells of femininity. Instead of praising the uniqueness and beauty that every woman possesses, we point out each other’s flaws in our race to the top of the list of America’s Hottest Women. We chastise the world for objectifying woman and we turn around and use our bodies for personal, financial, and political gain. We play ‘stupid’ for attention and laugh at the women who study hard. We prey on the weak to make us feel strong. What has happened to us?

We’ve risen through the corporate world with much success, which is truly something to be proud of. We have women CEOs and entrepreneurs, even Secretaries of State. But while successful in that realm, we’ve put down the ladies who have chosen to stay at home, caring for our children. We call them ‘traditional’ and blame them for keeping us back instead of affirming them as they toil day after day in arguably the toughest job on the planet. All we gain from this is a larger divide between us. We’ve even botched the term “feminist”. We’ve perverted a word that was intended to bond us together and turned it into a word that divides us, tearing a hole in our collective heart. Proverbs 14:1 says, “The wisest of women builds her house, but folly with her own hands tears it down”. Our ‘house’ is the world we live in and we’re tearing it down brick by brick.

We’ve lost sight of who we are: a being designed by God. Perfect in every flaw. We’ve let our insecurities rule our lives instead of finding our security in our Heavenly Father. And we’ve tried to find our value in temporary things and based on mortal standards instead of recognizing our value lies in Him alone. Let’s stop the real ‘War on Women’ and start loving each other. Let’s become something our daughters can be proud of.