Being a twin is something that no one will ever understand unless, of course, you are one. You will never know what it feels like to share your entire childhood with someone. You share experiences, an environment, and, in my case, most of your physical appearance. Being a twin is probably the most important thing in the world to me. God has blessed me with a sister and best friend all in one. But recently people have been criticizing our relationship, saying it is unhealthy. I can definitely understand where these concerns are coming from but would like to point some things out:

I hope that explains some things and quiets some concerns you may have. Once again, I understand where the concerns are coming from and I admit we haven’t always had a healthy relationship. But we’re two flawed and broken people just like you and need grace time and again. Life is a work in progress and we’re chugging along. 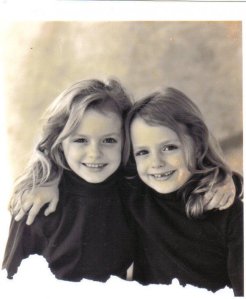